A complex and oft-misunderstood individual, from what he told me in his grief, they had seemingly found
something or other wrong with him at the factory, and so THREW HIM AWAY LIKE A PIECE OF RUBBISH!!! 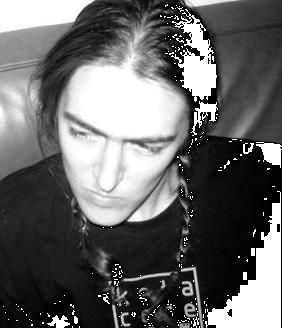 rising of the foetal sun
Luckily, he was taken in and brought back to health by system:corrupt, who also chucked in some
magic dust because it was near the use-by date. Slowly nursed back to a semblance of consciousness,
he still shows a tendency to sample dodgy things but is slowly trying to write some funky down home IDM.
Was infected by the amen virus at a young age and this disorder often resurfaces in his weaker moments. 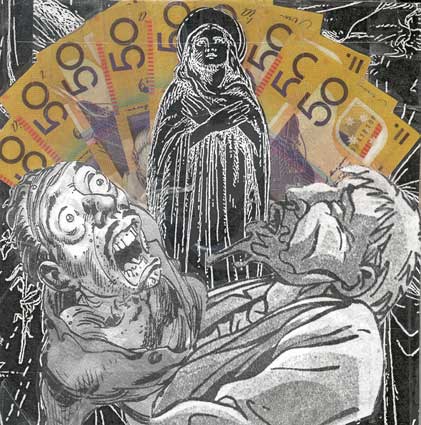 turtle baby and the mountain of fears
Still has a tendency to bait and shit stir others, but he really feels its for their own well-being.
Music has/is/might come out on labels such as powerviolence, systemcorrupt, coretex, lo-fi killers, aural addiction,
buring soul [section]media and goulburn poultry fanciers society...
his likes include: breakbeats//black//shoes//trackers//black sheep//VALIS//mr bungle//the princess bride//
blind lemming-esque patriotism//unseen dimensions beyond our present vision//the amen breakbeat//leopold von sacher-masoch//the light of infinity in our eyes/ ousseau's the social contract//people who have mated with aliens, both humanoid and non-humanoid//supervixens in general//the inherent insanity in the human race, as typified by murder and rape, both on a global and personal scale//heavy metal//danzig//pockets//oxygen//martha reeves and the vandellas//h.p.lovecraft//the lost books of the bible etc//cotton//beer coaster technology//mouse pads curling at the edges//120 days of sodom//kermits rainbow connection//looming apocalypse// paranoia//general instability and so on....
his dislikes include all the above, and more, depending on mood. 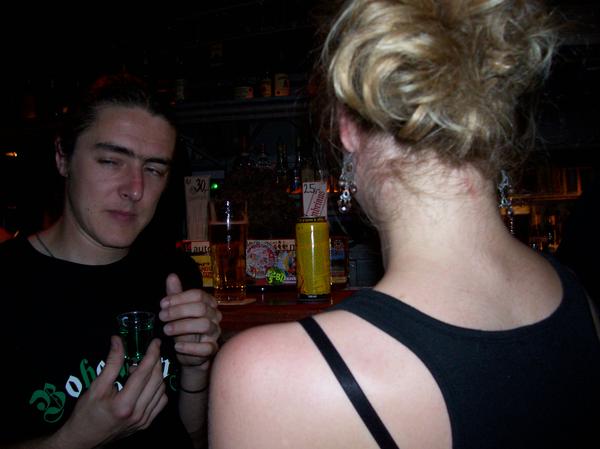 legacy of dirty cash money i like hong kong